McKenzie Wark: The adjective ‘ballardian’ shows up in Blue Mars, and by 2312 all sorts of author and book names from SF, or key terms used by famous SF authors, seem to have passed into the everyday language: dhalgren, kipple, waldo, and so on. Art works are described as goldsworthies or abramovics, as if these were whole genres of work. Do you think art and writing can actually have that capacity to name the world? And what do you think the Robinsonian contribution to naming the world might be?

Kim Stanley Robinson: Well for sure writing names the world, in that language names the world. As for art, I think its names sometimes stick. I think it makes sense to call landscape art “goldsworthies” and performance art “abramovics,” because these two artists have so excelled in these genres that they have brought them to the consciousness of the general culture, so that the genres themselves can be understood to be major art forms, likely to get more and more important.

“There is that big raft of words introduced into English by Shakespeare, and I think it has been happening since at a slower rate, even since dictionaries came into being. Science fiction has been pretty good at putting new words into the language by naming things before they actually exist, such as waldoes or cyberspace. And I think ballardian and phildickian are words now, like Orwellian or Kafkaesque. I like that game, because I like to use odd words in my texts when I can, it’s part of the estrangement effect of trying to convey a future. That can be overdone of course, and as time passes most invented science fiction words simply look odd (“spindizzy”), but it’s still worth trying.

I doubt I have done anything like this that will last, as I did not invent the word “terraforming” but only picked up on it out of earlier science fiction; Jack Williamson invented it back in the 1930s. And the term robinsonian already refers to the Robinsonade, the adventure of a solo human in nature, an accidental association that I love. 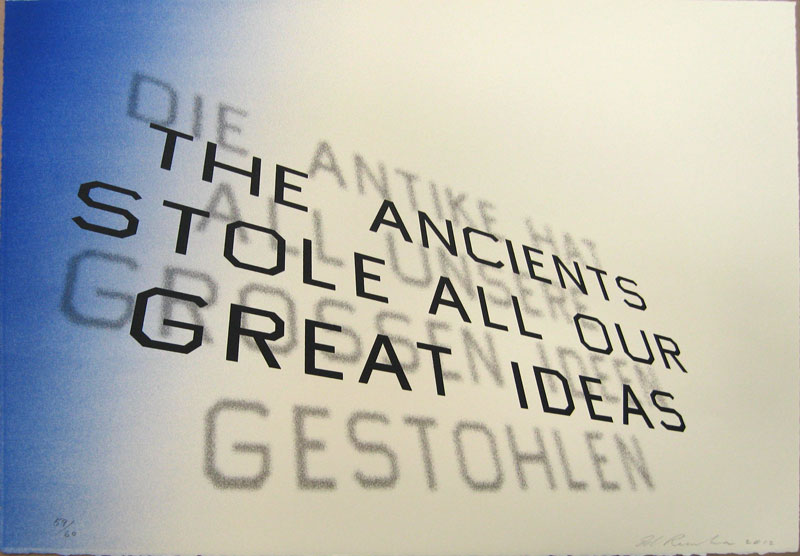 MW: One of the kinds of language and thinking in play in almost all of your books is a literary-critical one. Raymond Williams’s structure of feeling, Greimas’s semiotic squares show up. And yet your characters are often annoyed by the imprecision of just these concepts, particularly if they are scientists. Do you think it’s possible to stage a useful dialog between critical and empirical or scientific thought, and might the novel actually be the ideal place to attempt it?

KSR: Yes, the novel is a great space for bringing these different realms of discourse together, and seeing what happens. I’ve been much influenced by Bahktin’s image of the novel as polyvocal, what he calls a heteroglossia (another great word!), so that it isn’t so much the novelist as a single visionary but rather something more like an old-time telephone switchboard operator, plugging in different voices and then orchestrating the flow of that chorus, so to speak. So you get chances for different points of view to speak or argue in dialogues or larger discussions, and the plots themselves also express these arguments in actions.

But also we’re seeing this discussion going on in the field called science studies, or science and technology studies, which I take to be the application of various aspects of what we call theory to science, its history and current practices. So it is really the latest and most sophisticated and historicized version of philosophy of science, now that philosophy has become theory and science has become science and technology, or STEM (science, technology, engineering, and mathematics). This is a really important intersection of ideas and practices, given the situation we are in as a global civilization. It’s a crucial conversation and I think it’s happening in all kinds of contexts, which is a good thing.

Image: Ed Ruscha, The Ancients Stole All Our Great Ideas, 2012.