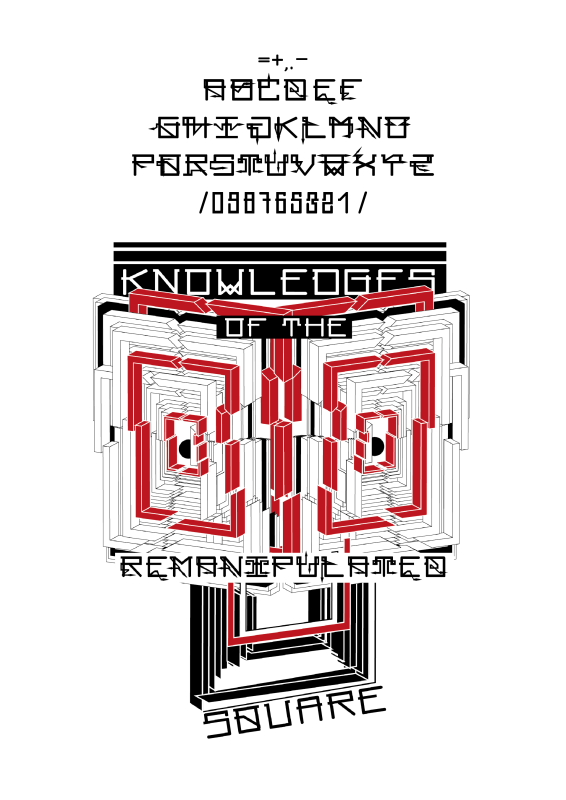 “The infinity or Van Allen Belt ∞ a section graftation symbol is based with electromagnetic energies positive north, positive south squared, negative north, negative south squared, chemically based, dry-based, and so called anti-based energies. This build/destroy symbol is for science, mathematics (universal) to our life forms knowledge and not religion. The symbolic structure x holds fusion (w.a.r.) according to this formation and pamphlets breakdown strategy (formated by its structure). The Roman letter type and others have been armed to assassinate and/or abolish this supreme symbol know as infinity sign by removing the x from this written structure.

“All formations of word knowledge are constructed under the symbolic thoughts of the infinity sign. Motion in motion, power, armed, stride with position straight, is known as the function formation formula for and of ikonklastic panzerism rok remanipulation, all the knowledge for military strategy for the (blood system) of New York City, (Universal Transit System).

“In 1582 the 13th Pope removed ten days from the calendar, the next day they will stay is the year 2OOO. From the fourth century to the nineteenth century outline of letter, numbers and other universal symbols and disease cultural structures, was in the hands of calligraphers. Since then the Roman letter in a panzer stage of evolution from the fourteenth century to 1969-1974 was complete subconscious toyism (Treacherous on your System). From Bubble to structure (squared) and emotional outburst era 1974-1979 was a war era, where knowledge formed about by itself through the body, in the dark, underground. This is a ten year cycle of so-called graffiti development and elevation. 1980-2OOO separation between Wild Stylism and Panzerism, the onemotional era, knowledge of it add purpose of it… this is full evolution of the Roman letter type and others in so-called graffiti.

“The present infinity sign and the symbol x: this symbol must be separated from the present infinity sign by Ikonoklast panzerism. The only way is to go into the structure on paper or space or dimensions of art of paper. wild stylism: ” A so-called ” element of graffiti is base-derived from Gothic text subconsciously. The futurism is Panzerism design a subconscious development.