“Beneath a tempestuous sky, the army of the heathen Amorites seethes like a swarm of ants about to be exterminated. The Israelite leader Joshua stands on a jaggedly upthrust rock – the first of many such violently shaped peaks and crags to be found in the agitated geology of Martin’s imagination – surveying the scene with triumphant complacency. 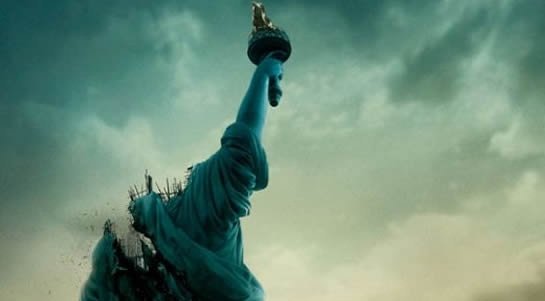 “With a single raised hand, spot-lit against glooms of immense depth, he urges the conquering hordes of his own army to go for the kill. Exhibited at the Royal Academy in 1816, just a year after Waterloo, this depiction of God’s chosen people defeating the forces of evil may have been patriotically intended to evoke parallels with the present, and Britain’s defeat of France. Perhaps for that reason, it proved extremely popular.

“Martin followed up with The Fall of Babylon (1819), another apocalyptic crowd scene, painted with a theatrical scene-painter’s relish in archaeological fantasy. Vast crowds of Londoners flocked to see it, drawn by Martin’s spectacular vision of a great city’s sudden destruction, much as audiences are drawn to the latest disaster movie.

“Belshazzar’s Feast was an even bigger hit. The astonished tyrant is shown at the moment of his demise, together with his fellow-decadents and the cautionary figure of Daniel, in a pink palace of inordinate size painted in rushingly vertiginous linear perspective. John Constable’s biographer, CR Leslie, noted rather sniffily that Belshazzar’s Feast “made more noise among the mass of people than any picture that has been exhibited. The artists, however, and connoisseurs did not like it much.”

“The ambivalent response to Martin’s work – loved by the public, mostly hated by the critics – was also an index of his disconcerting originality. His closest contemporary was Turner and Martin himself could be seen as a coarser version, an artist who took Turner’s philosophical melancholy, his fatalistic belief that all civilisations inevitably end badly, and made it big box office…”