“It is a truism that we do not know what the future will be. But we can see trends. We do not know if the power of human ingenuity will help sufficiently to change the environmental trajectory we are on. Unfortunately, the recent years of innovation, investment and patenting indicate how human ingenuity has increasingly been channelled into consumerism and financial engineering. We might pray for time. But the evidence before us suggests that we are set for disruptive and uncontrollable levels of climate change, bringing starvation, destruction, migration, disease and war. 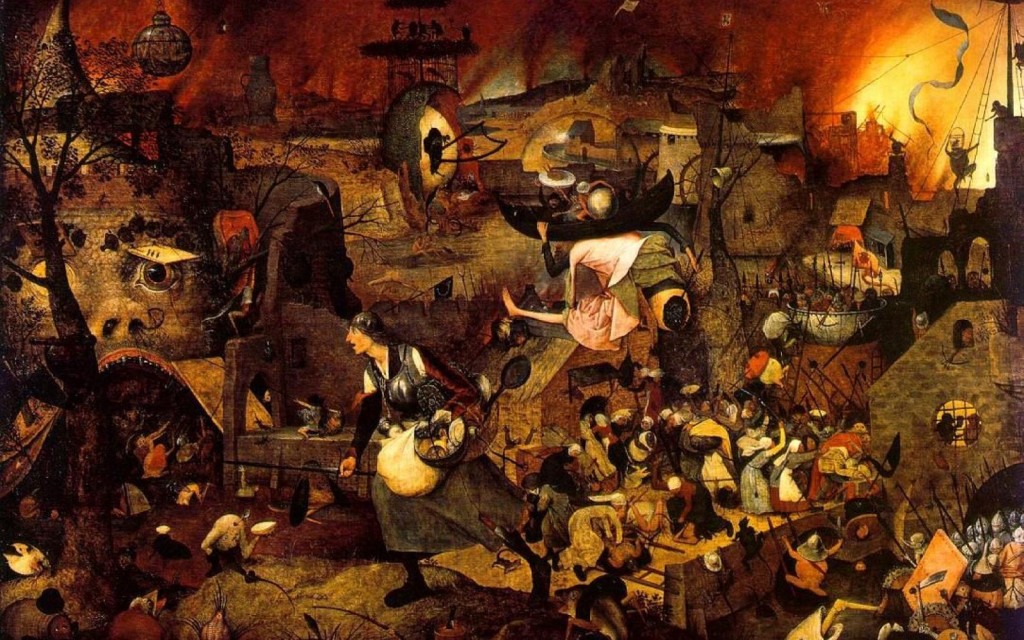 “We do not know for certain how disruptive the impacts of climate change will be or where will be most affected, especially as economic and social systems will respond in complex ways. But the evidence is mounting that the impacts will be catastrophic to our livelihoods and the societies that we live within. Our norms of behaviour, that we call our “civilisation,” may also degrade. When we contemplate this possibility, it can seem abstract. The words I ended the previous paragraph with may seem, subconsciously at least, to be describing a situation to feel sorry about as we witness scenes on TV or online.

But when I say starvation, destruction, migration, disease and war, I mean in your own life. With the power down, soon you wouldn’t have water coming out of your tap. You will depend on your neighbours for food and some warmth. You will become malnourished. You won’t know whether to stay or go. You will fear being violently killed before starving to death.

“These descriptions may seem overly dramatic. Some readers might consider them an unacademic form of writing. Which would be an interesting comment on why we even write at all. I chose the words above as an attempt to cut through the sense that this topic is purely theoretical. As we are considering here a situation where the publishers of this journal would no longer exist, the electricity to read its outputs won’t exist, and a profession to educate won’t exist, I think it time we break some of the conventions of this format. However, some of us may take pride in upholding the norms of the current society, even amidst collapse. Even though some of us might believe in the importance of maintaining norms of behaviour, as indicators of shared values, others will consider that the probability of collapse means that effort at reforming our current system is no longer the pragmatic choice. My conclusion to this situation has been that we need to expand our work on “sustainability” to consider how communities, countries and humanity can adapt to the coming troubles…”

“Taking a back-road shortcut to catch a flight from Los Angeles two years ago, I passed an obscure airline employee parking lot — and was surprised to see over 70 motor homes. It looked like there was an entire community planted right there in the parking lot of the airport. I wondered, who lived there — and why? I learned that this community was an employee parking lot turned motor-home park made up of pilots, flight attendants and mechanics. And I became fascinated by why and how the residents — people who may have flown us across the country, or walked us through emergency landing procedures — came to inhabit such an unusual place…”

“…New research […] shows that a major ice age was narrowly missed just before the industrial revolution , probably because the development of agriculture had nudged the amount of carbon dioxide in the atmosphere just above the tipping point.

“The bottom line is we are basically skipping a whole glacial cycle, which is unprecedented,” said Andrey Ganopolski, at the Potsdam Institute for Climate Impact Research (PIK) in Germany and who led the research. “It is mind-boggling that humankind is able to interfere with a mechanism that shaped the world as we know it.”

“Like no other force on the planet, ice ages have shaped the global environment and thereby determined the development of human civilisation,” Schellnhuber said. “Now human interference is acting as a huge geological force, so this is a defining paper for the Anthropocene idea.” If carbon emissions are not restricted, he said, they could end the million-year-long period of ice age cycles altogether.

Michel Crucifix, at the Université catholique de Louvain in Belgium and not involved in the new research, said: “It reinforces previous assessments asserting that humanity’s collective footprint on Earth already extends beyond any imaginable future of our society.”

“Such long-term consequences may seem surprising, given that the emissions will occur over a few centuries at most,” he said. “In fact, the mean half-life of CO2 in the atmosphere is of the order of 35,000 years. Consequently, anthropogenic CO2 will still be in the atmosphere in 50,000 years’ time, and even 100,000 years, which is enough to prevent any glaciation.” 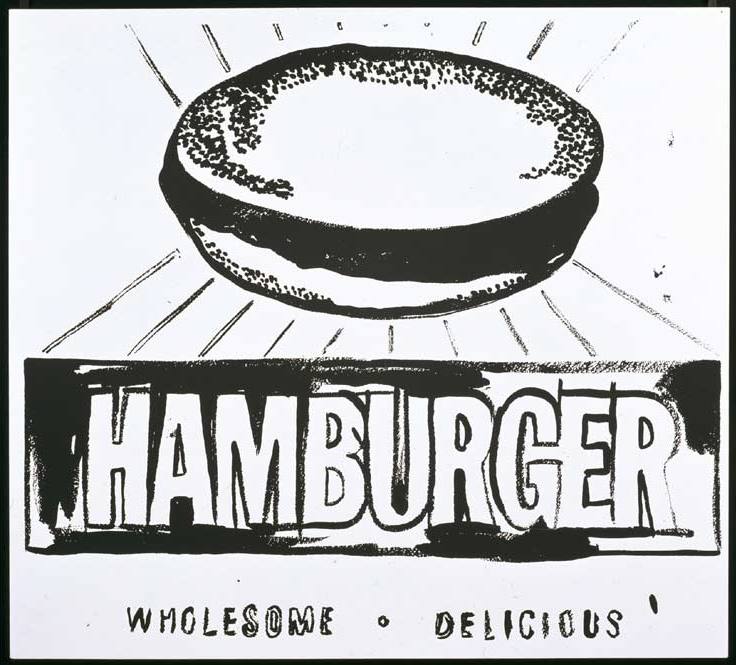 “Burger King wants to start selling veggie burgers worldwide. The fast-food chain introduced a special line of six meatless burgers last year in India, including a Veggie Whopper, a Spicy Bean Royale, and a vegetarian chili cheese melt. The sandwiches have been so successful that the chain is now considering launching them in other vegetarian-friendly markets, according to Burger King India CEO Raj Varman. “Looking at the response here, the global management is evaluating introducing some of these options going forward to other vegetarian-friendly markets like the UK,” Varman told the India news agency PTI, according to the Economic Times.

“Despite the failures of McDonald’s, adding a meatless menu in markets such as the U.K. and the U.S. could be a smart move for Burger King. Vegetarianism is on the rise, and a growing number of people are defining themselves as “flexitarians,” which means they eat a primarily plant-based diet supplemented by occasional meat consumption.Sales of meat alternatives in the U.S. rose to $553 million in 2012, up from $513 million two years earlier, according to the market-research firm Mintel. Meanwhile, Americans’ per capita consumption of meat and poultry has declined by more than 9 percent since 2007, to an estimated 200.8 pounds in 2014 from 221.6 pounds in 2007, according to the USDA.”

“System D is a slang phrase pirated from French-speaking Africa and the Caribbean. The French have a word that they often use to describe particularly effective and motivated people. They call them débrouillards. To say a man is a débrouillard is to tell people how resourceful and ingenious he is. The former French colonies have sculpted this word to their own social and economic reality. They say that inventive, self-starting, entrepreneurial merchants who are doing business on their own, without registering or being regulated by the bureaucracy and, for the most part, without paying taxes, are part of “l’economie de la débrouillardise.” Or, sweetened for street use, “Systeme D.” This essentially translates as the ingenuity economy, the economy of improvisation and self-reliance, the do-it-yourself, or DIY, economy. A number of well-known chefs have also appropriated the term to describe the skill and sheer joy necessary to improvise a gourmet meal using only the mismatched ingredients that happen to be at hand in a kitchen… 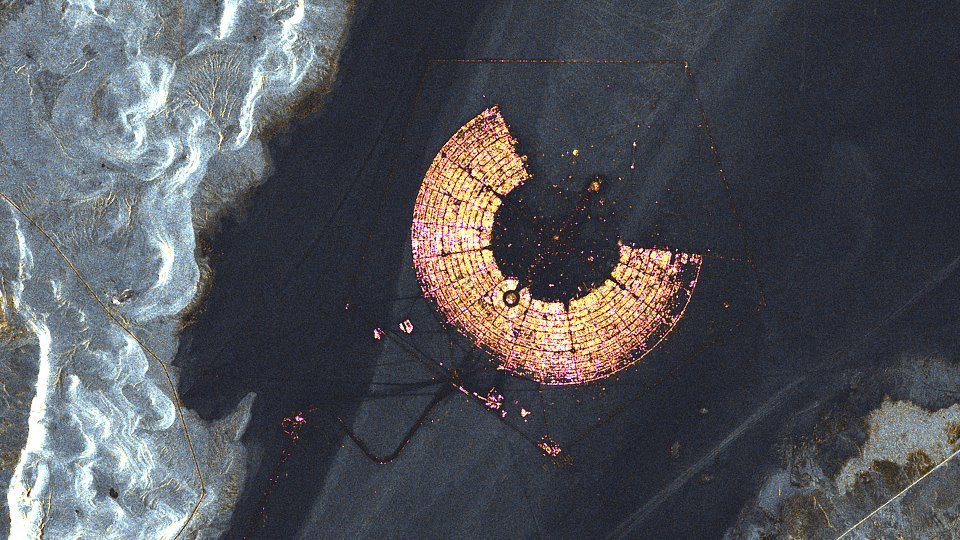 “In many countries — particularly in the developing world — System D is growing faster than any other part of the economy, and it is an increasing force in world trade. But even in developed countries, after the financial crisis of 2008-09, System D was revealed to be an important financial coping mechanism. A 2009 study by Deutsche Bank, the huge German commercial lender, suggested that people in the European countries with the largest portions of their economies that were unlicensed and unregulated — in other words, citizens of the countries with the most robust System D — fared better in the economic meltdown of 2008 than folks living in centrally planned and tightly regulated nations. Studies of countries throughout Latin America have shown that desperate people turned to System D to survive during the most recent financial crisis.

“This spontaneous system, ruled by the spirit of organized improvisation, will be crucial for the development of cities in the 21st century. The 20th-century norm — the factory worker who nests at the same firm for his or her entire productive life — has become an endangered species. In China, the world’s current industrial behemoth, workers in the massive factories have low salaries and little job security. Even in Japan, where major corporations have long guaranteed lifetime employment to full-time workers, a consensus is emerging that this system is no longer sustainable in an increasingly mobile and entrepreneurial world.

“The growth of System D presents a series of challenges to the norms of economics, business, and governance — for it has traditionally existed outside the framework of trade agreements, labor laws, copyright protections, product safety regulations, antipollution legislation, and a host of other political, social, and environmental policies. Yet there’s plenty that’s positive, too. In Africa, many cities — Lagos, Nigeria, is a good example — have been propelled into the modern era through System D, because legal businesses don’t find enough profit in bringing cutting- edge products to the third world. China has, in part, become the world’s manufacturing and trading center because it has been willing to engage System D trade. Paraguay, small, landlocked, and long dominated by larger and more prosperous neighbors, has engineered a decent balance of trade through judicious smuggling. The digital divide may be a concern, but System D is spreading technology around the world at prices even poor people can afford. Squatter communities may be growing, but the informal economy is bringing commerce and opportunity to these neighborhoods that are off the governmental grid. It distributes products more equitably and cheaply than any big company can. And, even as governments around the world are looking to privatize agencies and get out of the business of providing for people, System D is running public services — trash pickup, recycling, transportation, and even utilities.”