“…The challenge of finding a suitable means to examine the “postmodern condition” has produced a vigorous and highly energized response from a new breed of SF authors who combine scientific know-how with aesthetic innovation. But because much of this writing is so radical and formally experimental, and because writing which bears the imprint of “SF” has been so commonly relegated to pop-culture ghettos, it has remained until recently largely ignored, except within its own self-contained world. Examples of important, aesthetically radical SF exhibiting many of the features associated with postmodernism are evident as early as the mid-1950s and early 1960s, when literary mavericks like Alfred Bester, William S. Burroughs, J. G. Ballard, Philip K. Dick, and Thomas Pynchon began publishing books that self-consciously operated on the fringes of SF and the literary avant-garde. 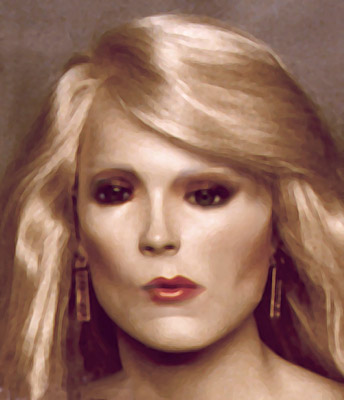 “During the 1970s and 1980s, a few other authors working at the boundaries of SF and postmodern experimentalism continued to borrow the use of motifs, language, images—as well as the “subject matter”—of SF. Important examples would include Don DeLillo’s Ratner’s Star (1976) and White Noise, Ted Mooney’s Easy Travel to Other Planets (1981), Joseph McElroy’s Plus (1976) and Women and Men (1986), Denis Johnson’s Fiskadoro (1985), Margaret Atwood’s The Handmaid’s Tale (1985), William T. Vollmann’s You Bright and Risen Angels (1987), Kathy Acker’s Empire of the Senseless (1988), and Mark Leyner’s My Cousin, My Gastroenterologist (1990). While writing outside the commercial SF publishing scene, these writers produced works that perfectly fulfill the generic task of SF, described by Vivian Sobchack as “the cognitive mapping and poetic figuration of social relations as these are constituted by new technological modes of ‘being-in-the-world”‘. As is true of the cyberpunk novels that began appearing in the early 1980s, these mainstream works (recently dubbed “slipstream” novels by cyberpunk theoretician Bruce Sterling) typically portrayed individuals awash in a sea of technological change, information overload, and random—but extraordinarily vivid—sensory stimulation. Personal confusion, sadness, dread, and philosophical skepticism often appeared mixed with equal measures of euphoria and nostalgia for a past when centers could still hold. The characters and events in these works typically exist within narrative frameworks that unfold as a barrage of words, data, and visual images drawn from a dissolving welter of reference to science and pop culture, the fabulous and the mundane, a tendency that reaches its most extreme expression in William Burroughs’s hallucinatory mid-1960s novels.

“A few of these “mainstream” postmodern writers have drawn very self-consciously from genre SF for specific tropes and narrative devices. This is very obvious in, for example, Burroughs’s use of the motifs of the 1930s space opera works he read as a youth, in DeLillo’s borrowing of dystopian elements in White Noise, in Vollman’s improvisational treatment of a much wider range of SF modes in You Bright and Risen Angels, or Kathy Acker’s borrowing of specific passages from Neuromancer in Empire of the Senseless. But typically one gets less a sense of these authors consciously borrowing from genre SF norms than of thier introducing elements simply because the world around them demands that they be present.”