“A sense of the uncanny also appears in the voyeuristic angles and subtle compositional discord. An eeriness therefore lingers in the atmosphere of the exhibition, with its associations with JG Ballard, David Lynch, surveillance, and even Lana Del Rey. This is a city, Ruscha’s photographs and paintings seem to say, where bad things happen, and where secrets are kept. The bleached tones and bright lights give the impression of concealment; the surfaces are too clean to be real, and the scenes too empty to be lifelike.  This Hollywood is so reduced and abstracted that a sense of death permeates, in the two-dimensional, impossible landscapes and the sidewalks without footprints. 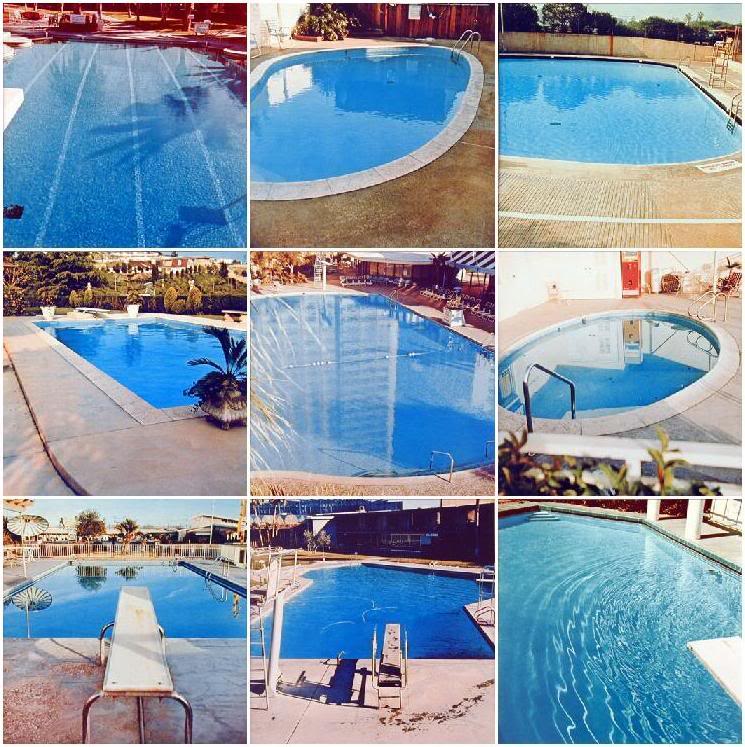 “Ruscha pays homage to JG Ballard in particular, quoting from his novel High-Rise (1975) in the largescale work, The Music from the Balconies (1984). In Ballard’s dystopian novel, the inhabitants of a high-rise apartment block descend into chaos and primal urges, communicating a rather bleak vision of human nature. In Ruscha’s painting, a quote from High-Rise overlays an otherwise serene landscape, creating discord in that act itself, and so reinforcing the meaning of the words: “The music from the balconies nearby was overlaid by the noise of sporadic acts of violence.” With this careful, deadpanexecution, Ruscha’s work also recalls the writing of Bret Easton Ellis, particularly his Los Angeles-based debut Less Than Zero, which was written at around the same time this work was created and was itself inspired by Andy Warhol’s experimental 1968 novel A: A Novel. Both Ruscha and Ellis, in the tradition of Ballard and Warhol, seem to have captured a similar atmosphere, and zeitgeist even, in their observations of LA in the mid-80s…”