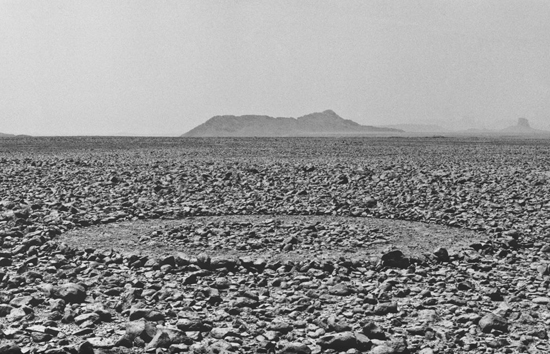 “Unlike crop circles, these regular stone patterns are no hoax. A stone circle begins to form in autumn, when daily freeze-thaw cycles cause a lens-shaped pocket of ice to form under the soil. The lens grows as water trickles in, pushing the earth up and forming a mound on the surface. Larger sediments roll off the mound, collecting around the edges, while the finer sediments in the middle settle, leaving a distinctive stone ring. When many rings neighbour each other they form polygons. On steep slopes this process forms stone stripes. As the Earth warms, regions that were once frozen year-round will start undergoing freeze-thaw cycles, so more stone circles may emerge. However, we may see fewer circles forming in regions that warm so much they no longer freeze at all.”