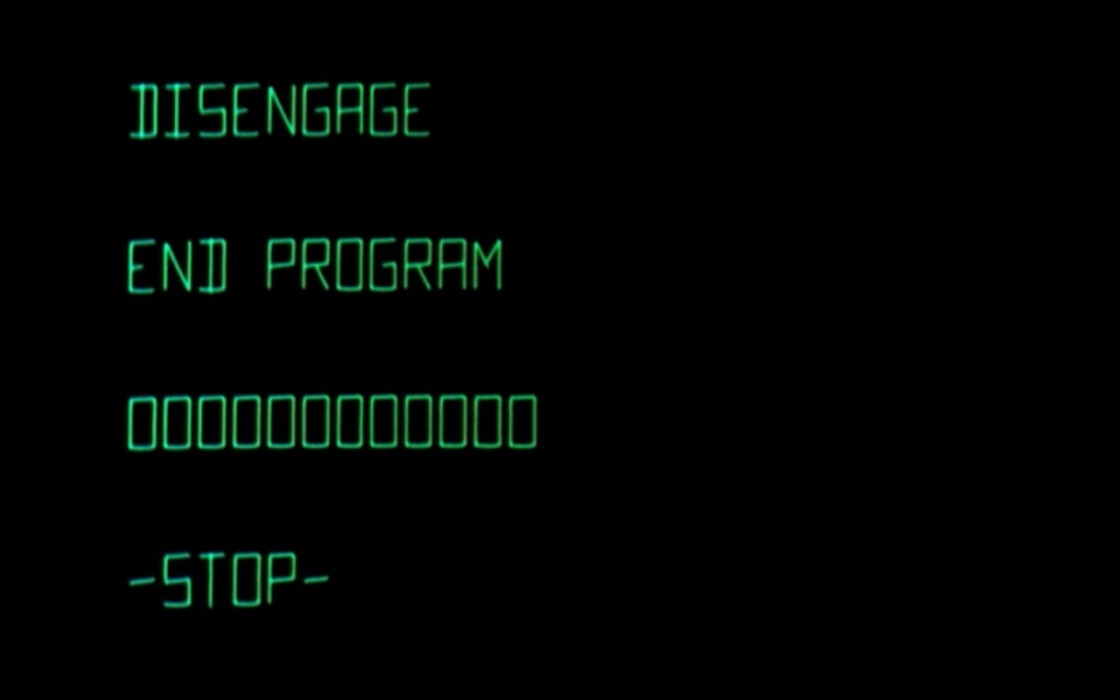 “Michael Crichton’s ingenious premise for his 1969 novel The Andromeda Strain was that extraterrestrial life would more likely resemble a microorganism, virus, or bacterium than a monster or a human being. Contact raised problems that would be medical, not psychological—aliens would represent the randomness of evolution and accidental death in a cold universe. Like H. P. Lovecraft’s “The Colour Out of Space” or the green mold of “The Shunned House,” Andromeda, which the movie calls the “Green Object,” is very bad for us but not motivated by evil—or anything else. Aliens are scary not because they are rapacious but rather because they are meaningless. In The Andromeda Strain, there is a Sontagian “alien It” to terrorize the planet — a crystalline form of life from outer space “without excretions” that kills instantly — but there is also a human They to fear, since the bug is brought to earth by a “Project Scoop” satellite whose military purpose as a potential source of biological weapons has been kept secret even from the researcher who helped develop the program. The movie’s ending presents a conventional case of scientists overriding military directives — in this case a nuclear detonation that will inadvertently spread rather than stop Andromeda — to save the planet.”

“Wise’s movie exploits Crichton’s wittiest move by wrapping itself in an apparatus of nonfiction; just as the novel contains a bogus preface, fabricated scientific diagrams, and a fake bibliography, so too does the movie begin by claiming that it “concerns the four-day history of a major scientific crisis … The documents presented here are soon to be made public. They do not in any way jeopardize the national security.” Taking this unusual step of setting science fiction in the very recent past here implies that official secrecy has assented to a piercing of its veils for the sake of the public good. As the credits roll, words like “Espionage Laws,” “Classified,” and “Restricted” parade across the screen. Thanks are expressed to the military, creating the impression of declassification but also raising the specter of propaganda with a Cold War drift — the threat to America from alien forces is real but someone is busy protecting you. Wise’s movie appeared in the same year as The Pentagon Papers, but unlike those leaked reports, The Andromeda Strain presents itself as having been safely vetted.”