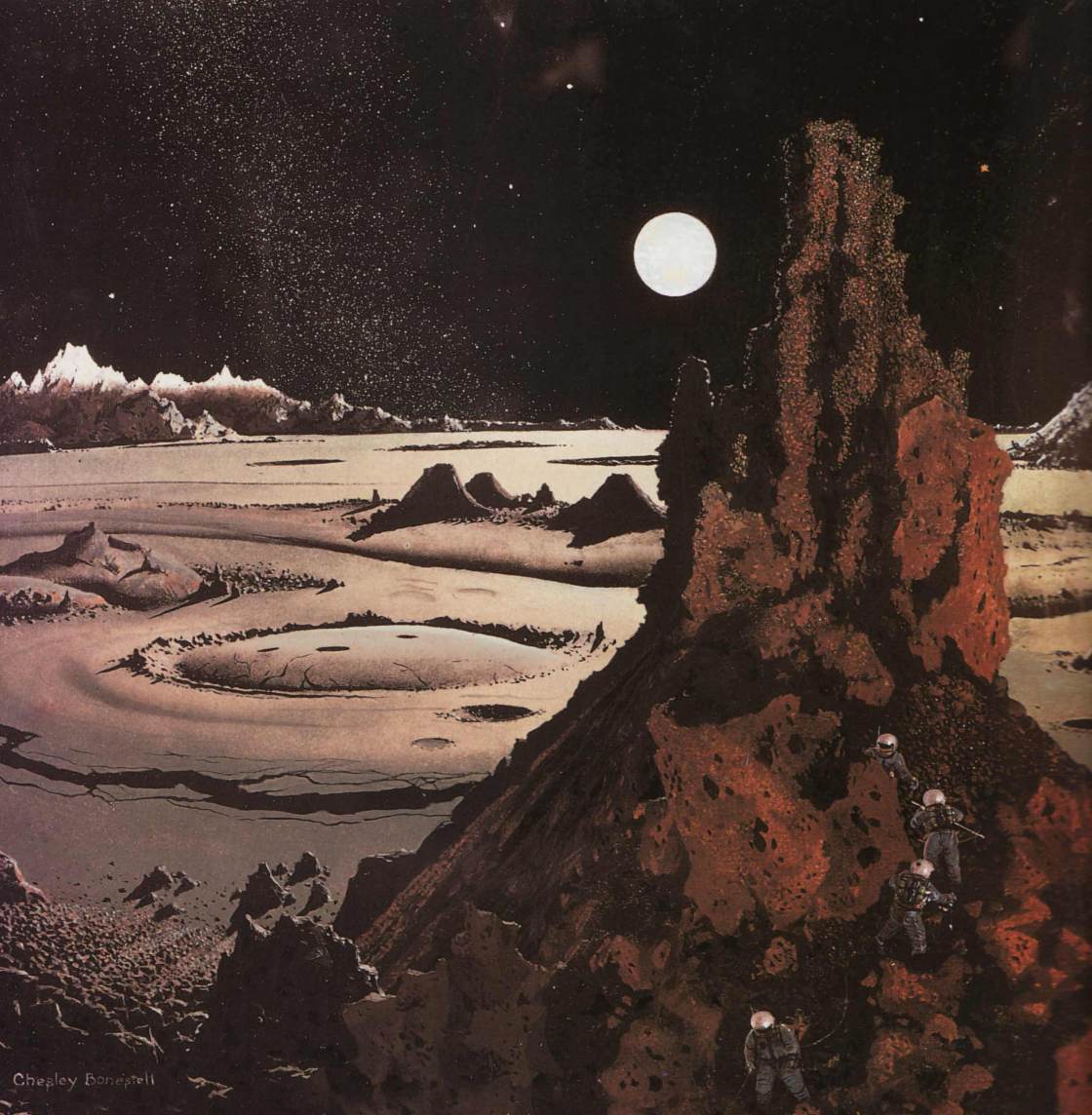 “By the mid-1960s, NASA’s Surveyor and Lunar Orbiter spacecraft had provided close-up views of the lunar surface. The photographs revealed a landscape that was far removed from the craggy scenes [Chesley] Bonestell had been painting for decades. The moon was softer, with rolling hills and mountains that appeared more Appalachian than Alpine. ‘The Moon looks for all the world like the Berkeley hills,’ Bonestell grumbled:

“I thought how wrong I was! My mountains were all sharp, and they aren’t on the moon. They’re all round, battered by millions of years of meteorites. I knew an astronomer, I can’t remember his name. He did a model of [the crater] Copernicus about four feet across, and he had the mountains softly rounded. I was just a kid, and I said, ‘Why did you make them so round?’ I expected them to broken and sharp. And he just laughed and walked off. It made me angry, and I never did go near him again. Why wouldn’t he tell me?” 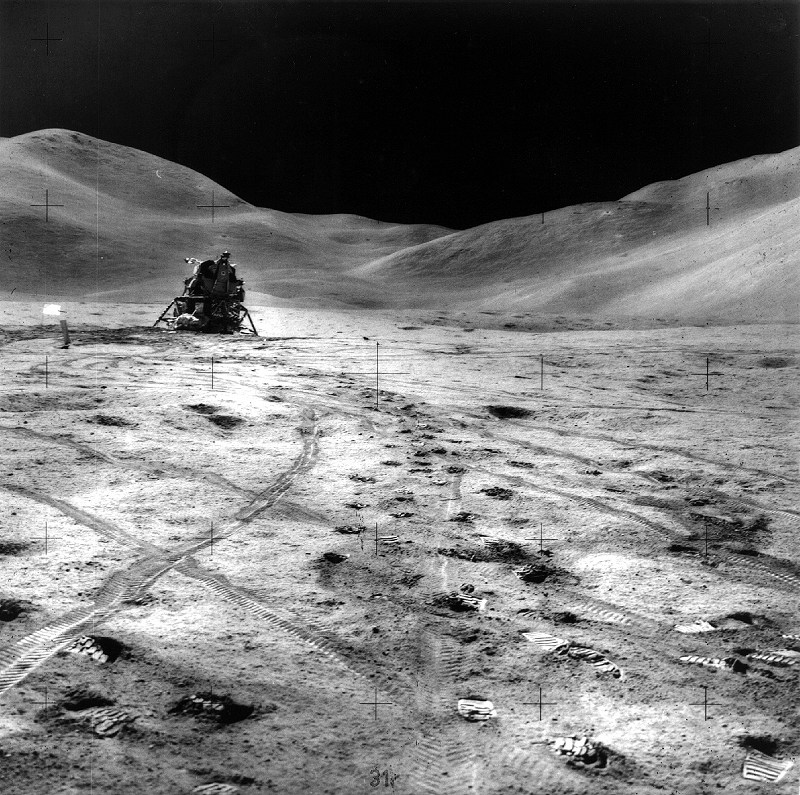 “The matter of the Bonestellian depiction of the Moon raises an interesting issue: why did he paint the moon the way he did? So utterly convincing were his paintings that few if any people – scientists and astronomers included – ever questioned their accuracy, any more than one would question the reality of a photograph. Indeed, so compelling are his lunar landscapes that one feels it is somehow the Moon’s fault that it doesn’t look the way he painted it. Bonestell’s Moon was as it should have been. There is considerable argument in favour of the idea that we would not have been so anxious to land on the Moon had we known it looked as boring as it does – that his romanticized landscapes helped encourage the development of the lunar landing program. Bonestell himself was aware of this, saying that ‘even if they’re wrong, they did influence young people and got them interested in astronomy, so they at least served that purpose…”

Images: Top: Chesley Bonestell, Exploring the Moon by Earthlight, from Man on The Moon, 1961. Oil on board, 36x38cms. Bottom: The Apollo 15 lunar module “Falcon” with the moon’s Apennine Mountain Range in the background.

One thought on “The Moon As It Should Have Been”