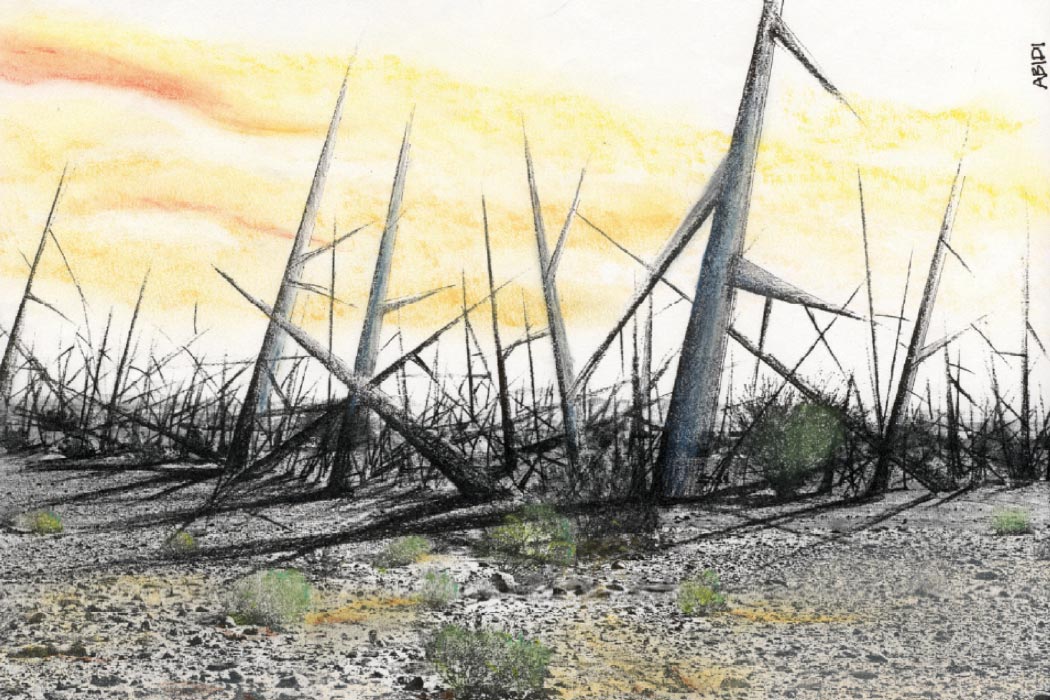 “World leaders jostle with global executives and anonymous men dressed in full camouflage as platters of shrimp, foie gras and cheesecake are passed around by white-gloved staff. It would all seem quite normal were it not for the fact that we’re just 100m (330ft) away from the site of the worst nuclear disaster in history.

“A hospitality tent has been erected just inside the gates of the Chernobyl nuclear power plant near Pripyat in Ukraine. The tent has many windows, to ensure everyone gets a good view of what’s about to happen.

“These guests are here to witness the final stage of a 30-year clean-up job that has been underway, on and off, since one of the plant’s reactors exploded in 1986. The Chernobyl disaster still casts a pall over nuclear power. And other serious accidents, such as that at Fukushima in Japan in 2011 – the only other incident to be classified a maximum Level 7 in the seven-point International Nuclear Event Scale – are weighed against it.

“It also set in train a series of measures to ensure nuclear safety around the world. Now the whole site is about to be encased inside a vast structure known as the sarcophagus, sealing in some of the most dangerous waste material in the world for at least 100 years.

“The behemoth 35,000 tonne structure beside us has spent the past few days inching along a set of purpose built tracks towards its final destination. This sarcophagus – or New Safe Confinement (NSC) – is taller than the Statue of Liberty and larger than Wembley stadium. But what it resembles most is a very large metal shed.

“Its appearance belies its historic importance, however. The NSC is not only the largest object people have ever moved, it’s also a symbol of what we can achieve when the stakes are highest.”

Text: A Vast New Tomb for the Most Dangerous Waste In The World, BBC.com

Pic: Field of Thorns, “But what if the day in question is not today, not tomorrow, but 24,000 years from now, when no known languages are spoken? What if the enemy is not some foreign power, but an ancient civilization? And what if the great threat to human life is no longer a bomb dropping down from above but waste creeping up from below? Will art come to our rescue then?” -WILL ART SAVE OUR DESCENDANTS FROM RADIOACTIVE WASTE?, JSTOR Daily