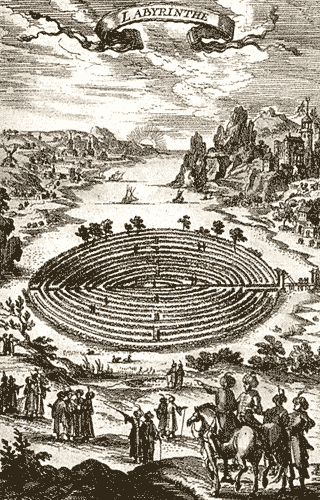 “The key to unlocking “Westworld” has been sitting around since the third episode, “The Stray,” when Dr. Ford discusses Julian Jaynes’s radical theory of the “Bicameral Mind,” which gives this episode its title. Other sites explained the theory as far back as mid-October — but here’s the gist: In “The Origin of Consciousness in the Breakdown of the Bicameral Mind,” Mr. Jaynes suggests that the human brain has not always functioned in the same way. His theory speculates that 3,000 years ago, men and women were capable of a great many things, but they lacked the linguistic tools for self-awareness and introspection. Instead, their actions were determined by a back-and-forth between one part of the brain that’s “speaking” and another part that listens and obeys. Mr. Jaynes describes the communication between hemispheres as a kind of hallucination where a commanding, external “god-voice” intervened when they had a decision to make.

“Through that lens, the mysteries of “Westworld” start to clear up a little. The “god-voice” that’s been echoing through the hosts’ heads is Arnold, who has designed a path for his creations to understand themselves and take that great leap toward introspection. The metaphorical path is the maze, and the bread crumbs leading them to the center have been the memories (or “reveries”) of past constructs, with Arnold’s “voice” guiding them through exactly the sort of hallucinations Mr. Jaynes’s theory suggests. When Genevieve Valentine wrote this week in Vox that “the twists are meant to shock the hosts, not the viewers,” she couldn’t have known how right she would be. “The maze wasn’t meant for you,” Dolores tells the Man in Black, who’s miffed that he’s come this far, only to discover an inexplicable metaphor in the form of a cheap children’s toy. Sorry, buddy. That twist was meant to shock the hosts…”