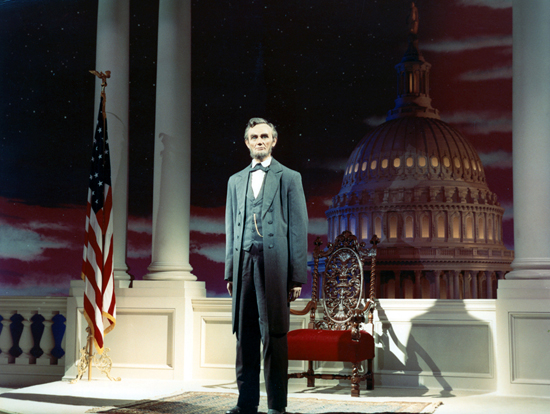 “According to the anthropic principle […] we inhabit a universe full of violence and unpredictability, but one so finely-tuned that it allows us to observe and fathom it; in effect one which has been trying for twelve to fifteen billion years to produce strange and wonderful things that can think, feel and react to it. The circularity, or tautology, involved here is built into the assumptions of science (they cannot contradict the fact of their own existence). Our mere presence entails consequences among which is the idea that a host of very sensitive conditions had to be just right to produce homo sapiens. Time and size, the age, speed of expansion and mass of the universe had to be very delicately poised to get us here, and this in turn means that something very like us was predestined (if not exactly predetermined) by the universe. Nature or God had a predisposition to produce us. If the strong force of the atom were just slightly stronger there would be an explosive consumption of all protons, if the nuclear force were slightly weaker, there would be no chain reaction in the sun, and if the ratios of the four fundamental forces were slightly different, we would not be here to know anything about these extraordinary gifts, these un-asked for perfect balances. As Paul Davies and John Gribbon point out:

‘These apparent ‘coincidences’, and many more like them, have convinced some scientists that the structure of the universe we perceive is remarkably sensitive to even the most minute changes in the fundamental parameters of nature. It is as though the elaborate order of the cosmos were a result of highly delicate fine-tuning. In particular, the existence of life, and hence intelligent observers, is especially sensitive to the high-precision ‘adjustment’ of our physical circumstances.’

“The fact that the universe shows this kind of non-teleological teleology (a predisposition to produce something like us, if not exactly us) and the fact that it exhibits extraordinary creativity and real novelty, is unbelievable – most of all to a modernist brought up on a steady diet of mechanism, determinism, and materialism. The fact that the universe is fundamentally alive, spontaneously self-ordering at all levels – from the very small to the very big – is a shock to those who thought it was based on a matter that was boring, determined and fundamentally dead.”

“Mr. Lincoln [returned] in a new attraction called The Disneyland Story presenting Great Moments with Mr. Lincoln on December 18, 2009. The previous hydraulic-based audio-animatronic figure was replaced by an electronic autonomatronic figure, which Disney Imagineers say greatly extends Lincoln’s emotive capabilities. The new show features an abridged version of his autobiography, the first two sentences from his Gettysburg Address, and the song “Two Brothers” following the news about the civil war. In the final act, the auto-animatronic Lincoln stands to perform portions of the speech from the original attraction, in which the late Royal Dano once more provides the voice of Lincoln. The script is the same that was used from 1984 to 2001. However, Dano’s voice is from a newly discovered recording that is cleaner than the original performance.” Wikipedia.